“Our mission is to provide end-to-end, secure communications between every thing, every human, every entity on the planet.” – Gary Casey, Atsign Engineer

Firstly, when asked what “Smart Cities” are and why they’re important, Gary stressed that citizen involvement is key in making a city “smart.” Data should be used to improve the quality of life for the citizens by using machine learning and feedback loops. It is critical that when analyzing so much data from connected IoT devices–from your smartphone, your thermostat, to bus stops, lampposts, and even sensors placed in pipes, etc–that the data derived is used for the benefit of the actual citizens within that “smart city.”

“You need the sensors, you need the people to be engaged . . . you need all sorts of technology companies involved . . . and all of that needs to be turned into a learning feedback loop.”

Gary offered two perspectives on smart cities and sustainability. Firstly, smart cities must be sustainable from both an ecological and economic standpoint, meaning, is the city itself sustainable? Furthermore, he championed that sustainability should come from the local community, with engagement from various companies and organizations to see what those communities actually want and need, i.e. better recycling, waste management, clean water, and improved infrastructure.

“The citizens and neighborhoods are the engine of the city.”

Secondly, as a software engineer, Gary highlighted the need for sustainability of all this technology. IoT devices have operating systems and firmware, communication protocols; there is an administrative and maintenance component that aids in prolonging the life cycle of connected devices and sensors.

“Complex systems are always on the edge of chaos, and I can’t think of a more complex system than a really smart city.”

Gary posed a question: how do you “regression test” a smart city? An impossible task, right? It’s necessary to implement real-time monitoring and feedback loops, which points towards the paramount importance of data security, and that it can be derived from a community-based implementation and deployment of IoT.

When asked about the infrastructure requirements needed to support a smart city’s data centers, Gary proffered that there must be a synergy between various industries, with integration into the broader energy system emphasizing providing more storage for “less input energy and input mass.”

“We have to trust that our innovations are going to continue.”

Data security and interoperability were the key words that Gary left the panel with.

“In the IoT world, we’re going to have more data coming from more independent places than we’ve ever had before.”

The attack surface of IoT devices is increasing, so securing that data is critical. Non-repudiation of data will be a driving force in IoT security. A zero trust approach is an integral part of the future of the smart city ecosystem. Proving that data absolutely comes from a particular source, and has not been tampered with along its journey, is a fundamental building block in the way we will communicate and transfer information.

Gary called for formalized protocols that say how we exchange data in order to secure the long term security of IoT devices.

We encourage you to watch the panel as there are even more insights into what the future of smart cities looks like. For more information about how Atsign is building this future now, please email us at iot@atsign.com and schedule a demo of our technology. We’re happy to talk with developers and anyone with an interest in IoT.

Looking for a file-sharing alternative to AirDrop? atmospherePro is the best way to go. Share files across different types of devices and operating systems.

END_OF_DOCUMENT_TOKEN_TO_BE_REPLACED

Atsign Honored as 2022 IoT Security Champion of the Year

END_OF_DOCUMENT_TOKEN_TO_BE_REPLACED

The World of UI/UX According to Daria

END_OF_DOCUMENT_TOKEN_TO_BE_REPLACED 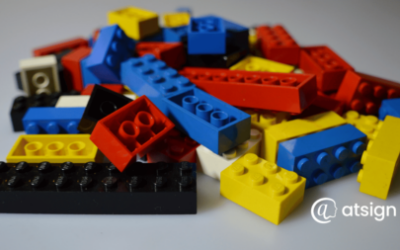 How We See Web3

Interested in Web3 without Blockchain? See how Atsign is ushering in the next era of the Internet with the atPlatform.

END_OF_DOCUMENT_TOKEN_TO_BE_REPLACED

The atPlatform offers a simple and cost-effective way for IoT device manufacturers to secure their connected devices.